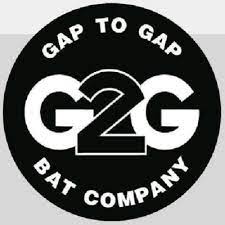 Any coaches looking for video on each player can find them there or contact our Director of Player Development, Tim Lombardi at tlombardi@firecrackersports.com.

Christian Morales produced impressive velocities on the rubber for the 2025 grad, peaking his fastball at 74 mph and an average of 73 mph. The 2025 Grad’s efficient mechanics produced consistent strikes with all his pitches. His reportoire also consists of a 60 mph curveball and 67 mph changeup.

The lengthy Righty peaked at 72 mph at the D-Bats facility while staying high around the plate. Pengel could produce higher velo’s with the proper leg drive and timing of his mechanics while also possibly improving his accuracy. While very raw, David also showed out with a 61 mph Changeup and 59 mph Slider.

The young RHP from Gap 2 Gap produces velocities from his powerful mechanics allowing him to move down the mound quickly and reach a peak fastball velocity of 71 mph. Robert could benefit from tweaking timing, allowing him to get on top of the ball and locate lower in the zone. Robert’s other pitches include a change up, 68 mph, and Cutter, 70 mph.

Dominick LaDuca benefits from short arm action that needs a stable finish while still producing a peak fastball velocity of 70 mph on the day. Following his fastball is a consistent curveball that finished low in the zone at 63 mph and change-up, 67 mph.

Jack Raymond’s mechanical timing allows him to finish on top of the ball for all of his pitches, finishing mid to lower in the zone for a majority of the time. Peaking at fastball velocity of 68 mph, the 2025’s impressive mechanics will only improve as he matures as well as his velocities. Following his fastball is a 58 mph curveball and 63 mph Changeup.

Pengel also showed up with his bat, producing peak exit velocity of 80 mph while averaging 73 mph. His fast hands and great involvement of his legs helped him produce a launch angle of 15.5 degrees while averaging a distance of 163 FT.

The 2025 Graduate from Gap 2 Gap produced a very pull heavy swing measuring at  a peak of 80 mph while averaging 64 mph. Christian could benefit by spreading the ball around the field.

Robert peaked at 79 mph peak exit velo with an avg velo of 71 mph. A long stride for Robert produced a decent power stroke but could always harm timing for a hitter.

The 2025 graduate had a peak exit velocity of 79 mph with an average launch angle of 30.8 degrees. Sampson needs to lessen his launch angle to hit more line drives but would pair nicely with his high exit velocity.

Jack found himself in the top five once again with an exit velocity of 78 mph paired with a good launch angle of 10.1 degrees and average distance of 113 FT. Raymond plays 3B for Gap 2 Gap and will be an exciting player to watch mature.